Have you ever wanted to have an cute face in your phone or tablet? Ever thought of poking its eyes or cheeks or maybe give it a shake? Well now you can! 😀

OuO is a kawaii face application that you can interact with by touching the screen (You can poke its eye to make him wink, tap him in the forehead, squeeze its cheeks, and a lot more!)
And if you don\’t do anything at all, you can sit down and watch as it makes cute adorable faces~

You can also hit the menu button on your phone/tablet to access the options menu that includes a small animated quick help and a couple of extra settings that you can toy around with. Oh, and there\’s also a mood indicator that shows OuO\’s current mood (he can get angry if you poke him repeatedly in the eye, but it\’ll forget about it if you rub him in the head; this affects the different random faces that it can make and the way that it will react to certain actions)

It… uh… doesn\’t do much other than that but… whatever, have fun!

Shoutout and big thanks to Mike Inel for making the original OuO for iOS which inspired me to make this android version of it! 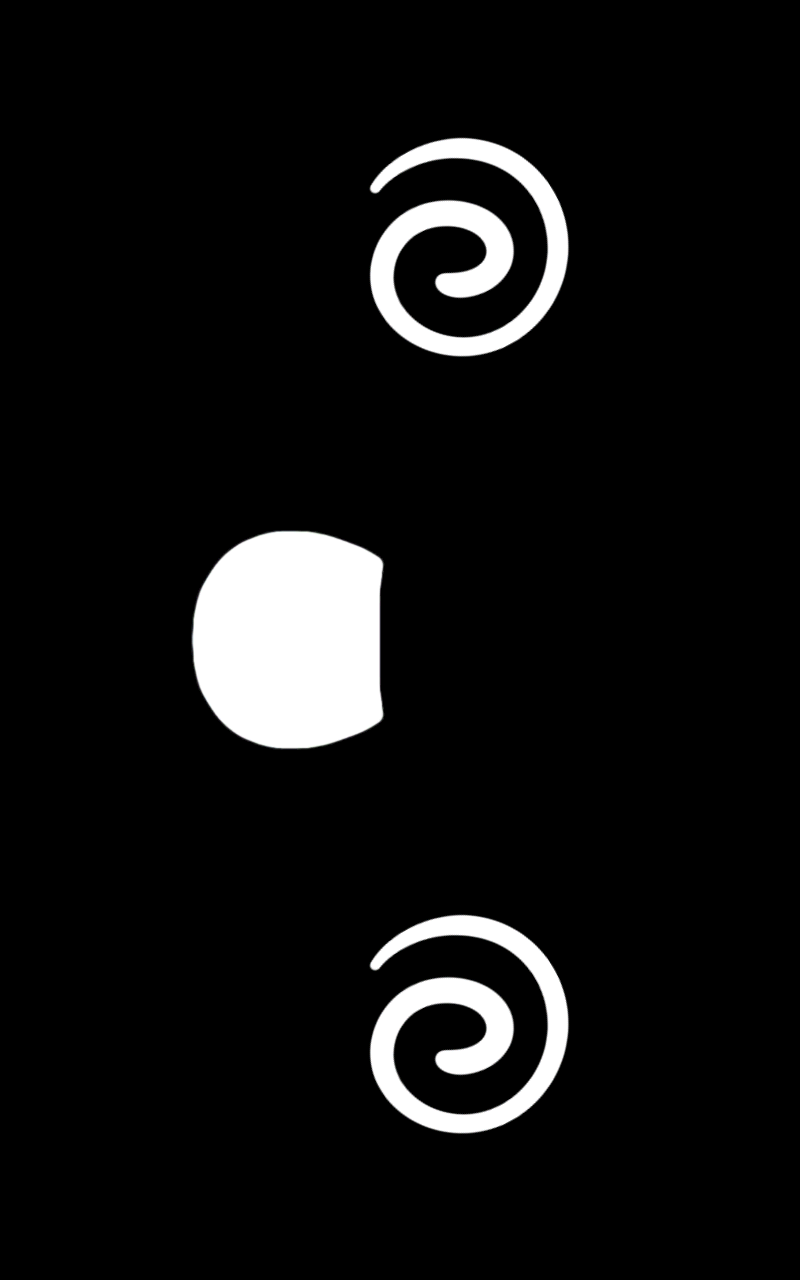 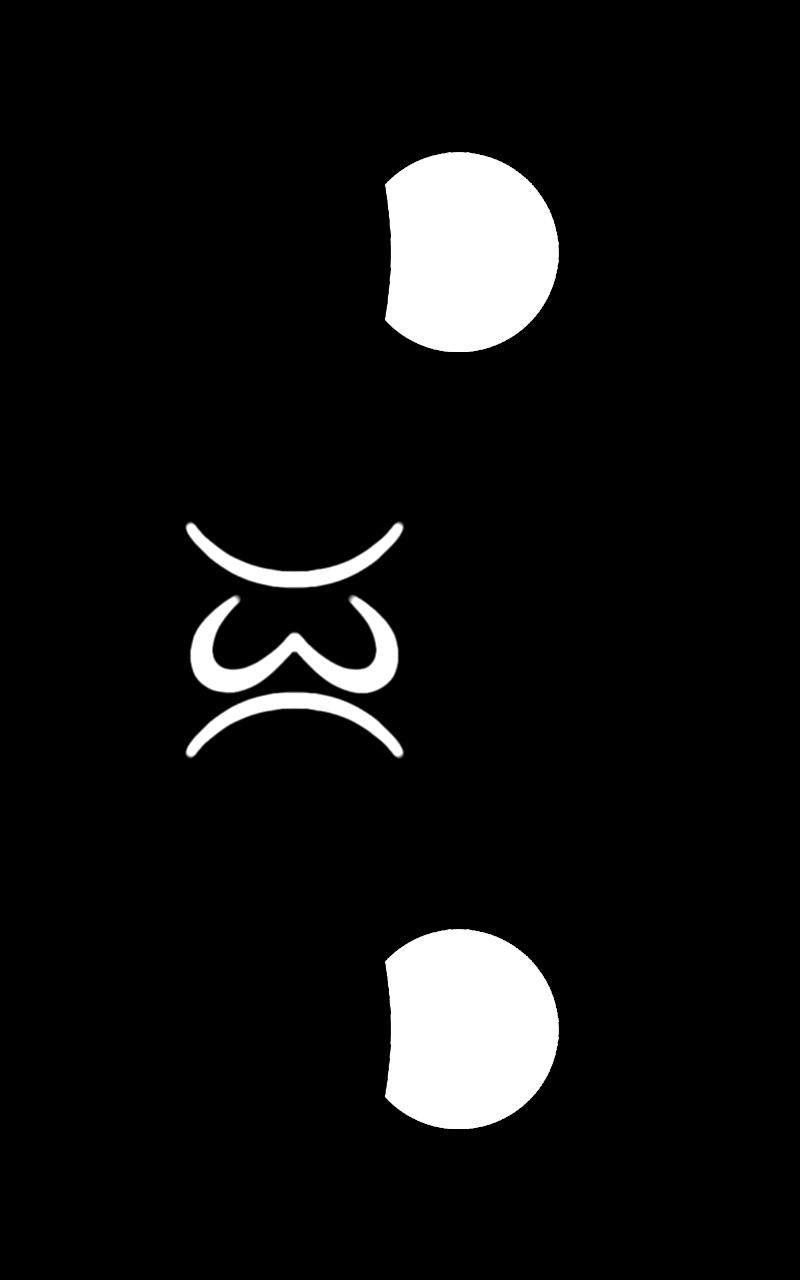 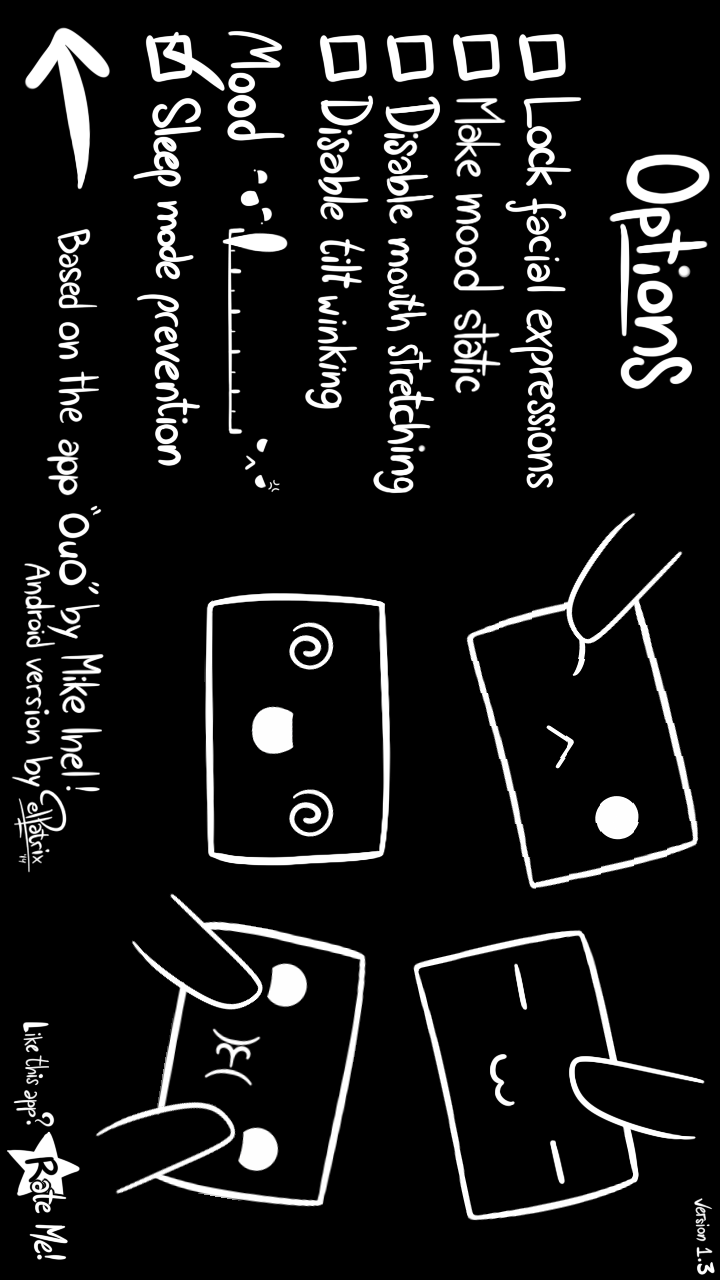